The health benefits of parsley are not well known, although it is widely used as a culinary herb. However, it is believed to have a wide variety of medicinal uses. 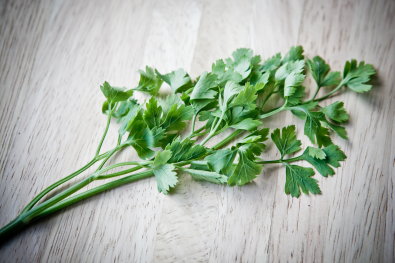 The herb is easily grown and one of the most common herbs found in gardens. It was used medicinally by the ancient Greeks and became a popular in cooking in the Middle Ages.

Benefits of parsley include:

Parsley can be taken fresh or as a supplement. Parsley powder is available in capsules, or the fresh herb can be made into a juice and combined with the juice of other vegetables for maximum benefit.

Some varieties of the herb are grown for the parsley root, which can also be used in cooking and offers the same benefits as the rest of the herb. Parsley root can be eaten as a vegetable in a similar manner as carrots or celery.

Parsley Side Effects
The herb should be avoided by anybody who has an existing problem with the gallbladder or kidneys. There is also the possibility that too much parsley could interfere with the absorption of calcium, but it would have to be an excessive amount for that to occur.

Due to the effects the herb has on the uterus, it is recommended that pregnant women do not use parsley in concentrated forms beyond normal culinary use. Parsley oil should be used with care and under the supervision of a medical practitioner, as it may have a toxic effect.