The dandelion herb benefits cover a range of conditions, though many people do not consider this plant to be of much use and spend hours trying to rid it from gardens.

The leaves of the plant are packed with vitamins and minerals which can support the functions of the body. It has been used for centuries in traditional Chinese herbal medicine.

Benefits of dandelion include: 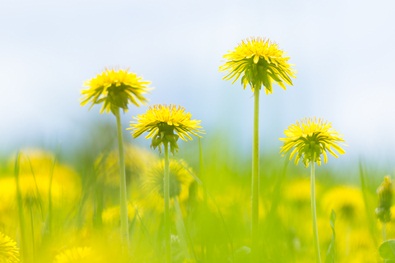 Dandelion Leaf Tea
Dandelion tea is an easy way to administer this herb. Many people will use it as a substitute for coffee, as it has a robust flavor but does not have the caffeine.

Its slightly bitter taste can take a while to get used to, but can be sweetened with honey if needed. Tea made from the dandelion root has this bitter taste, while dandelion leaf tea is much lighter. Dandelion is often blended with other herbs which have a similar effect.

Capsules and tinctures are also available, though fresh dandelion leaves can just be added to various dishes like salads for another simple method of adding it to a diet.

Dandelion Side Effects
Excess acid in the stomach may react with dandelion and cause some stomach pain. It is generally safe to use with prescription medications. Rare dandelion side effects also include diarrhea.

Anybody who has an allergy to chamomile or iodine should avoid using this herb, and anybody being treated for a gallbladder infection should not take dandelion herb.