Many people seek a natural hemorrhoid treatment to ease the symptoms of what can be a very painful condition. Hemorrhoids are veins in the rectum and anus that become swollen and inflamed, and it is a condition that affects large numbers of people.

This could be accompanied by pain, itching, and irritation near the anus. This can occur when the hemorrhoid is visible outside the anus and could be seen as a swelling or lump.

There are a number of possibilities for those looking for an herbal remedy for hemorrhoids. These include: 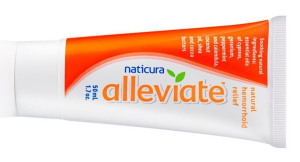 Dietary hemorrhoid remedies include increasing fiber and fluid intake. Today’s modern diet of processed foods removes a lot of natural fiber from the diet, but fiber improves the general well-being of the bowels and reduces the possibility hemorrhoids and thus the need for a natural hemorrhoid treatment.

Having a diet rich in fiber is the easiest way to increase intake, though there are fiber supplements that can be taken as well. Psyllium husks are a natural source of fiber and can be dissolved in water to drink. When increasing fiber, it should be remembered that water intake will need to be increased also, as fiber needs fluid to work correctly.